Interesting topic for last week’s Flickr theme was “Back Portrait”

Described as “a matter of photographing people from behind and telling the other side of the story”. As you know, I was pretty busy last week and didn’t have as much time to devote to this as I would have liked, but some of the results were really interesting – you can see them HERE. It’s definitely something I’m going to come back to (if you’ll pardon the pun).

So what else is new?  Well, I mentioned that I had been shortlisted for a new exhibition called Creativity which happened to coincide with a Creativity challenge that one of my favourite podcasters came up with. 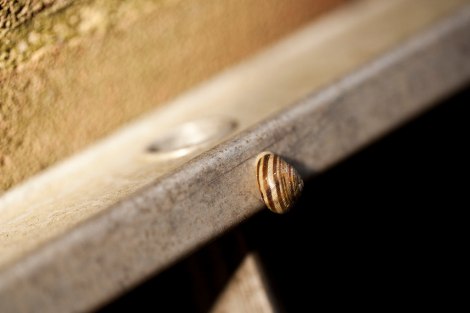 The podcast is Teabreak Tog and the presenter is Julie Christie. She published this podcast recently about a creative challenge called the 30in30. The aim being that you go to a particular place and shoot for 30 minutes with the target of producing 30 good pictures.

It’s a really neat idea as it forces you to look hard for new angles, details, abstracts etc. to go beyond the normal and obvious. I decided to do this in my garden, which I’ve shot in hundreds of times, so to help a bit, I put on the Macro lens again to give me a chance to capture small details as well as the bigger picture, but being fixed at 100mm focal length I was going to have to move about a bit to get some shots.

The time went really quickly and I ended up with about 40 images that I liked, that I then cut down to 30. To display them, I opened a new Picasa account which has an excellent photo collage application and this was the final result.

I would highly recommend this as a creativity-sparking exercise and one that I will return to again on another occasion. In my next post I’m going to give a shout out to Julie and Teabreak tog and explain why you should be listening to her podcasts no matter what level you’re at with your photography.