This is the second part of my thoughts on Composition in photography. Last time we talked about guidelines that might help you, today we’re looking at more nebulous aspects of a photo;

A good photograph will almost always tell a story and part of that narrative involves setting the mood and atmosphere of the picture; a happy image is typically bright, light, and often colourful. A sinister or sad image is typically dark with muted colours or no colour at all. The golden tones and blue sky give a real feeling of warmth and summer. 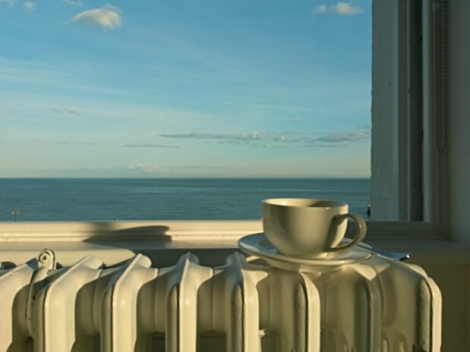 Mood can be further enhanced by use of blur/ soft focus and contrast.

People often talk about “balance” in an image. This is where objects, lines, features etc are placed in the frame to complement each other or work off each other. 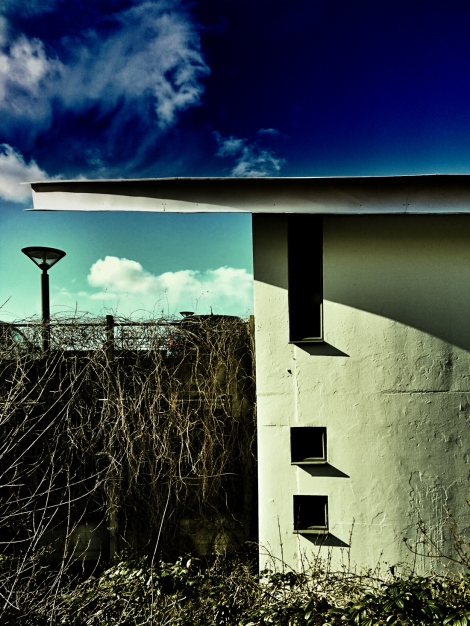 In this image, the stark lines and geometric shapes on the right are balanced by the softer natural area on the left. This same balance occurs between the sharp roof line and the soft foliage at the bottom. There is also flow in colour, as the image appears almost monochrome at the bottom but gets more vibrant and colourful as you move up the frame.

The opposite of balance is tension, where objects are not in harmony with one another;

I don’t shoot many images with tension, but this is perhaps one example. There is nothing clearly for the eye to focus on, instead your eye follows one branch before it is intersected by another then another, then another.

A more recent style to emerge is edgy/ gritty/ grungy. These images are often high contrast and tend to be darker and less colourful. Usually the effect is created – at least in part – in post production.

Flow is another feature of an image. An image is said to have flow if your eyes are able to move around the photo easily, exploring the various elements without coming out of the frame or getting blocked by elements in the frame. It’s quite hard to explain exactly, but the next time you look at a new image make a conscious effort to be aware of how your eyes move across the frame.

I believe this photo has a certain flow to it – take a look and track how your eyes naturally move around the frame.

Here’s what I think has happened;

Your eye starts by travelling along the main branch in the centre of the frame. As it gets to near the end on the right hand side you begin to follow the line of ripples horizontally back to the left. Your eye is stopped from leaving the frame by the leaves and branches on the left as you follow the branch down until it meets the ripples again and you follow that line right and back to where you started.

Did it do that for you?

Look at some of your most liked/ faved/ shared photos and see if you can see flow in them – maybe that’s what people like about the image.

In the final part of this series I want to go over some ideas I have for how to evaluate a photo and assess if it is a good one or not.