Turning A Negative Into A Positive

Negatives have, for a long time, been part of photography parlance but the negative I want to talk about today is Negative Space, as this was the topic last week on Flickr 52 Weeks the 2015 Edition. 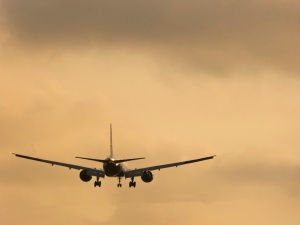 It’s not a concept that is common to beginners but once you get to know about it and use it, you will see it being used more often than you realised. You’ll spot it in TV programs and movies as well as still photography.

The use of equal negative space, as a balance to positive space, in a composition is considered by many as good design. This basic, but often overlooked principle of design, gives the eye a “place to rest,” increasing the appeal of a composition through subtle means.

The term also is used in other arts. Musicians will describe periods of silence within a musical piece as negative space.

The basic idea is that you fill a significant part of the frame with nothing, or next to nothing, so that the subject of the photograph is the main area of interest without having to fill the frame. As the Wiki entry says, it gives the eyes somewhere to rest and then come back to the main point of focus of the picture. It can be a very powerful way of pointing someone at the single thing that is important in the frame.

When done well, the space also adds to the narrative of the photo as in this example of a person speaking. 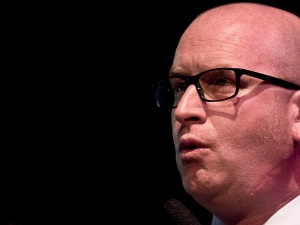 The negative space to the left conveys the sense that he is speaking to a large audience and not just chatting to someone standing next to him.

Similarly with the aeroplane photo at the top of the page, the space gives contrast to the plane and reminds you of the vast expanse of sky that the plane usually inhabits.

In this next image the impact is a little more obscure. Initially it was taken to provide space for some text, but someone commented that it looked like I was saying “there is the UK or there is nothing” – very patriotic! 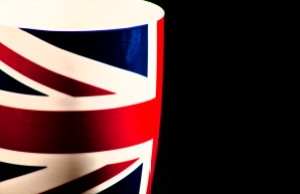 Another thing you’ll notice with these shots is that subject is off to one side or one corner of the frame.  It’s rare that the main point of focus is in the centre, unless it is small enough that there is room for negative space above.

The decision to locate the main area of focus off to one side is also a characteristic of the “Rule of Thirds”, which I’ll come on to in a future post.

Have you ever taken a negative space picture – if not try it. In fact try taking a photo of the same object with negative space and filling the frame and see what the difference is, you might be surprised.